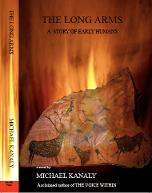 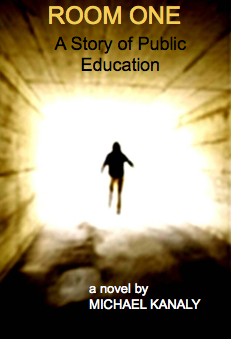 Now, make sure you turn up the lights before you read 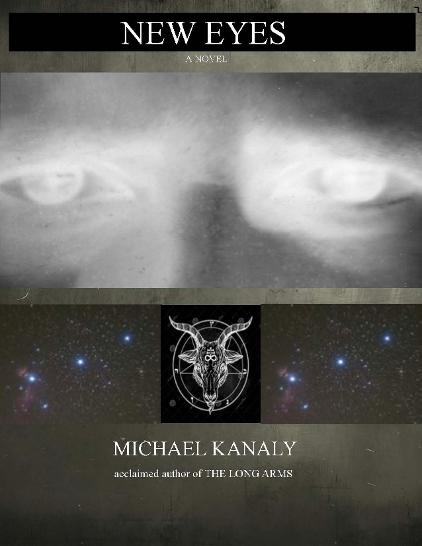 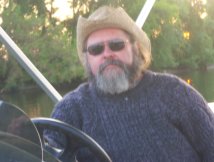 ..here's the story on his exciting previous releases:

The Official Line: Michael Kanaly is an author and artist living in Upstate New York. He writes to critical acclaim across a wide spectrum of genres. His work has been called 'provocative and original'...'relentless...impossible to ignore or forget.' Mr. Kanaly's fifth novel, The Long Arms: A Story of Early Humans is available in hardcover and as a Kindle ebook

The Unofficial Line: ... Here's what Michael has to say:

"Once when I was a kid, maybe eleven or twelve years old, I finished a book and stared out the window at the little town where I grew up. It was late at night, as even then I had a tendency to stay up long after other people were in bed. The moon was shining on silent streets, no cars, no people...and I wondered, looking at the paperback in my hand: Who are the people writing these books? Where are they in the world? How do they do such a thing?

Unspoken, of course...because it was much too outrageous a thought to have, even to one's self...was the idea that I might like to grow up to do that kind of work. And now, decades later, much to my surprise and delight, I became one of those people! It just doesn't get any better than that..."

"Michael Kanaly is a writer who thinks big. His fresh, idiosyncratic approach makes his novels well worth reading." Fiction Review

"The Voice Within" is a powerful novel with worldwide impact, one that has much to say about the wonder and the terror of genuine encounter with another species.  Not only does it change the lives of the characters in the novel, it also changes the lives of everyone on the planet.

Readers' E-Mails  - "The Voice Within"

- An awesome book by an awesome writer - C.M.  Toronto, Canada- Wonderful story.  If you love whales, you have to read this book... Kayhy, Saratoga.  NY- I was deeply moved.  This is a terrific book...Don, Seattle, WA- Better than the Da Vinci Code (for real) ... Leslie, Colonie, NY

- This is a must read if you've ever been on a Whale Watch...Sean, Plattsburgh, NY

"What an extraordinary book!!!...allowing the reader to interpret humans from the whales' viewpoints!! You would not think it possible, but read this story and see for yourself. The experience will change you as it takes you through the joys and sorrows of this incredible journey."
5.0 out of 5 stars

By     John Larocque
"As for Michael Kanaly's The Voice Within, it is masterful: a truly fascinating and enjoyable novel, involving the imaginary (perhaps), wondrous mental functions of humpback whales. These beautiful mammals are intensely studied by a family of oceanographers, who are thoroughly engrossed in understanding the incredibly amazing world of whale communication and whale "inter-tribal" functions. Overall, this book is a veritable joy to read."